Because we anticipate many Finnish and other European choirs wanting to perform this piece, this title is also being made available via DigitalDelivery(tm), Kandinsky Music's unique, custom-watermarked licensed PDF.  Pay one fixed price and receive a pdf from which you are permitted to make as many copies as you need but only for use at ONE school (or for one single community chorus ensemble).  It obviously won't be the industry-best paper and printing quality that come with our professionally printed octavos, but for our international friends this does mean no shipping charges, which can more than double the total cost of some traditional orders!  Click here for an explanation and examples of license terms that you must agree to accept with our DigitalDelivery(tm) purchases.

Note: at this time, this title is only available via DigitalDelivery(tm), for single-site licenses internationally, not domestically nor for district-wide licenses, as with some of our titles.  However, if this is something you and your colleagues here in the US are interested in because two or more of you in the same county, etc., would like to purchase it, please send us an email to help@kandinskymusic.com and if there is enough interest for this among directors, we'll offer it!   We know you have only a little money to stretch a long way!  We feel you!  Let us know your thoughts.

While studying in New York, she founded and conducted Las Sirenas , a women’s chamber choir, at the City College of New York. The group premiered works by American and Finnish composers. In the fall of 2013 she taught choirs and western classical voice at the American University of Beirut, Lebanon.   Returning stateside, Riikka then taught at Whitman College in Walla Walla, Washington, directing choirs and teaching conducting. In the fall 2016, the Whitman Chamber Singers contributed via video recording to Zodiak Dance Theater’s live production of Michaela- The Queen of Everything in Helsinki. On April 25, 2020, Riikka will be guest conducting Eldrida Andrée’s Swedish Mass No. 1 in legendary Carnegie Hall.  The appearance is under MidAmerica Productions concert series.   Later that summer Riikka will be performing her ten-movement choral piece Viel Valkee Aamu with acclaimed Finnish choreographer Laura Pietiläinen in Finland.

Riikka is an active conductor, singer, and vocal coach, and is frequently invited as a soloist, adjudicator, and guest clinician for schools and choral ensembles, both in Europe and within the United States.  Her compositions and arrangements have been published by Alliance Music Publications and Kandinsky Music. Riikka's research interests include holistic choral experience, vocal pedagogy, mindfulness in choirs, and the mirror neuron system.  Her article "Monkey See, Monkey Do - The Choral Conductor and the Mirror Neuron System" was published in the United States in The Choral Journal as well as in the Australian National Choral Association's national publication, Sing Out! 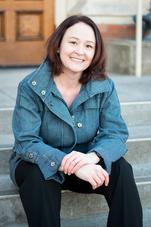 Dr. Riikka Pietiläinen-Caffrey is an associate professor of music at Bunker Hill Community College.  Riikka, a native Finn, has toured Europe and South America with the internationally-acclaimed Finnish choir, Philomela.